29.03.2021: Joint Letter of the Professional Road Transport Associations from Bulgaria, Hungary, Lithuania, Poland and Romania for the urgent annulment of the obligatory return home of the trucks

02.12.2018: Austrian proposal is against mobility in the EU! Stop Austria building new walls in Europe! @stopneoprotectionism.eu

14.11.2018: Austrian proposal is against mobility in the EU! Stop Austria building new walls in Europe!

27.09.2018: The Posting-Free International Transport Declaration – learn the arguments, news and how to join here: www.postingfreetransport.org

06.07.2016: Transport Commissioner Violeta Bulc’s reply to Members of the European Parliament on the next stage of infringement against German Minimum Wage Act by sending to Germany a supplementary Letter of Formal Notice on 16 June 2016

14.06.2016: The common protest in front of European Commission – asking for action against neoprotectionist measures of member states like France and Germany!

07.06.2016: Joint letter of like-minded Member States against fragmentation of transport market in the EU

29.04.2016: ZMPD letter to Mr. Jean – Claude Junker, President of the European Commission regarding new French law on the minimum wage in transport – MACRON

01.09.2015: The answer of Ms. Violeta Bulc, European Commissioner for Transport, regarding ZMPD Poland letter about MiLoG 11 May 2015

29.05.2015: The answer of Ms. Violeta Bulc, European Commissioner for Transport, regarding As MAP Ukraine’ letter about MiLoG 18 May 2015

20.05.2015: European Commission launches infringement case on the application of the German Minimum Wage law to the transport sector

24.04.2015: The answer of Ms. Violeta Bulc, European Commissioner for Transport, regarding UNTRR’ intervention about MiLoG

14.04.2015: UNTRR’ petition sent to the European Parliament against the minimum wage in Germany (MiLoG)

27.03.2015: Translation of the letter from German Federal Ministry of Labour and Social Affairs to UNTRR’s intervention regarding the application of Germany’s Minimum Wage Act 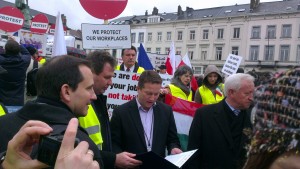 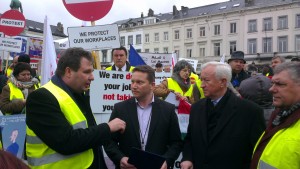 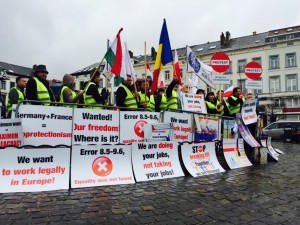 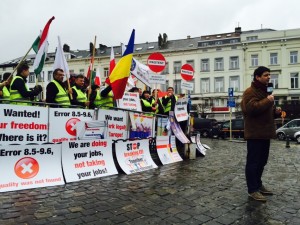 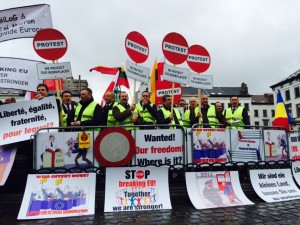 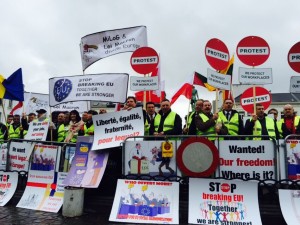 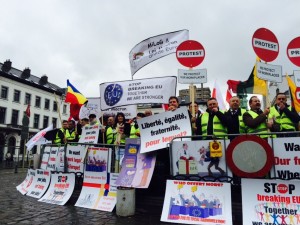 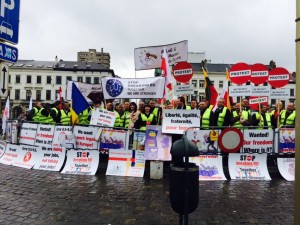 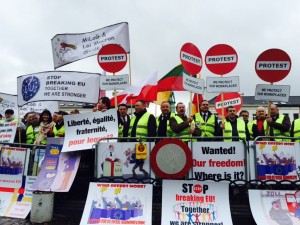 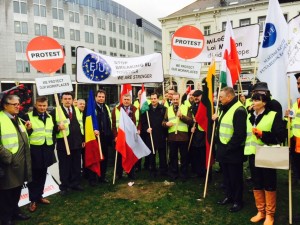 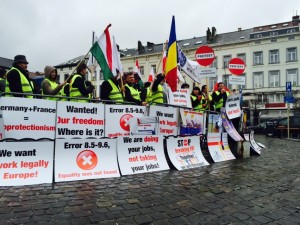 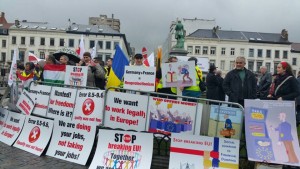 Document prepared by transport associations to be handed to EP representative

The National Union of Road Hauliers from Romania (UNTRR) has obtained the approval to organize a protest in Brussels on 25 March 2015 from 14:00 to 16:00 (local time) in Place du Luxembourg, in front of the European Parliament (PE).

MKFE Hungary, ZMPD Poland and CESMAD Bohemia Czech Republic have announced that they will join the UNTRR’s protest organized on 25 March 2015 in Brussels.

SLOGANS AND GRAPHICS AGAINST NEOPROTECTIONIST MEASURES 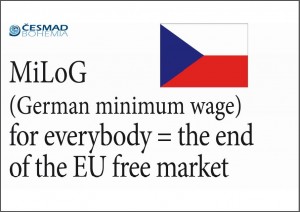